Last night we went out with our friends Michelle and Joe. Michelle has been in Calgary for work, but was home this past week. She and Joe are leaving on Saturday morning and we probably won't see them again until September, so we planned to get together for the evening. We met up at Emma's and sat on the back patio for some drinks and conversation. Michelle seemed happy and relaxed. 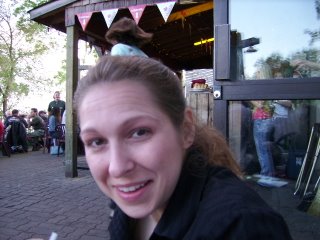 She said she was looking forward to getting back to Alberta and away from the freakishly hot weather we've had for the past few days. She was also very keen on showing off her toes. Nice colour! 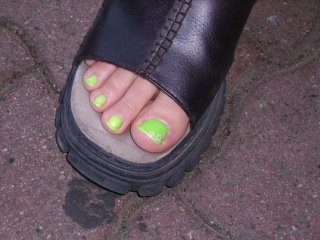 Joe has finished school for the summer and he's looking forward to a change of scenery. For some reason, this picture is quite dark. I had another one (that was just as dark) but he looked like he was picking his nose. He swore it was a scratch; not a pick. 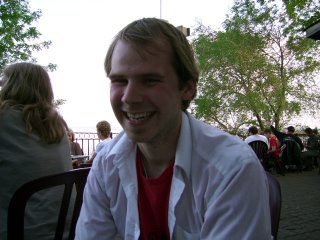 The drink special was margarita and we were enjoying our fair share. We then realized the hockey game was on, so we went inside to watch on the big TV and to order something to eat. 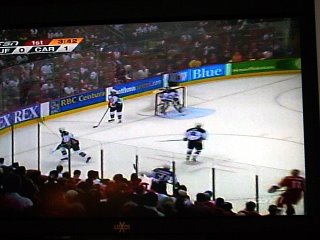 Ooo, 1-0 for Carolina at this point. The Hurricanes ended up winning in overtime. So sorry Harmonia.

Jim ordered wings, Michelle and Joe both ordered nachos. Joe's with meat, Michelle's without of course. I got the veggie wrap with a side salad. It was surprisingly good. 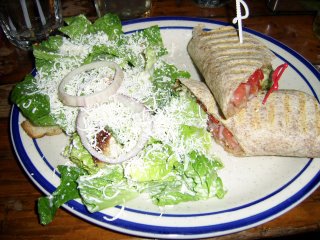 More conversation. We're a bunch that can eat alot, drink a lot and talk even more. 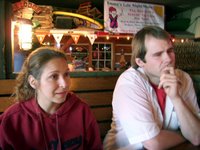 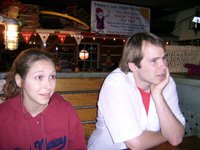 So here we are outside. Jim is still eating his ice cream cone. Oooo, now that's exciting. 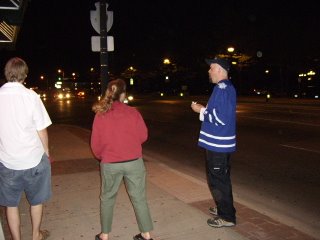 We finished up shortly after that. Jim and I had to work in the morning and Michelle & Joe had to finishing packing and do all the last minute little things that had to be done. I'll miss them while they are gone. I hope September isn't too long in arriving .

So the evening was over, and Jim was in fine form as usual. 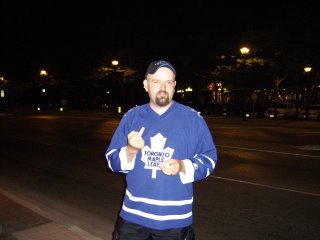 I didn't want to say where I was staying until I got home... ya never know what crazy people are reading the blog. :)

Keep it under your hat. :)
xoxo
SARAH

To paraphrae your beloved Go-Go's, my lips are sealed! Your secret is safe. :o)

"We're a bunch that can eat alot, drink a lot and talk even more" You are my kind of people! Looks like a fun evening.

Thanks for the simpathy! I'm still re-cooping!

No, I'm glad they had a hell of a season!

I posted twice already today.
Hope you are having a nice Monday Morning!

Need To Boost Your ClickBank Commissions And Traffic?