I bought a salad kit in the summer because I was wanted something different and I was feeling lazy.  Once I got it all together, I thought....I can make this myself for a whole lot less. ﻿ 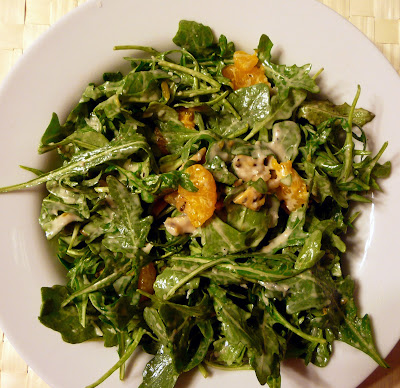 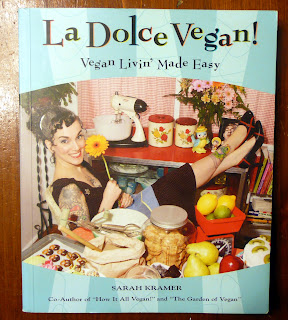 It was the starter for our meal that is one of my favourites from Sarah Kramer's book, La Dolce Vegan. 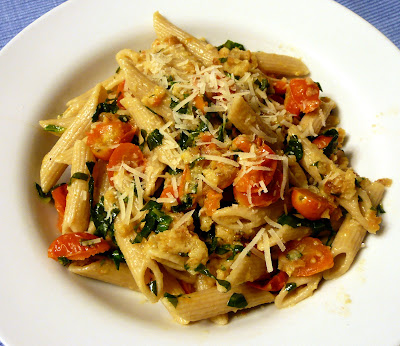 Looks nummy, doesn't it. And it takes no time to put together and not a whole lot of fussing either. Cherry tomatoes get tossed with oil and then topped with a garlicy, cheesy bread crumb topping. Roast those while you cook the pasta and chop the basil. Drain the pasta and dump the veggies & basil into the pot with the pasta. Toss it around, plate and sprinkle with cheese. SUPER EASY! SUPER DELICIOUS!
We eat quite a lot of pasta. And we like wine.  Those two things are a perfect match. 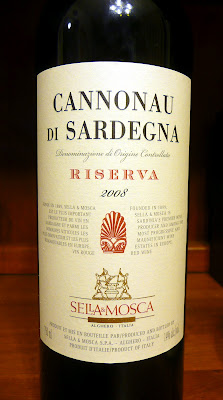 This tasty Italian wine is a Vintages Essential and at $14.95 it's a great bargin.
Posted by Carrie™ at 10:01 AM No comments:

I really like Greek food. (minus the eggplant - I'm not too keen on that). I saw these at the grocery store and thought they might come in handy some day so I tossed a box into my cart. 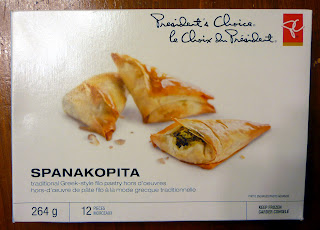 What follows is far from authentic, but had the flavours nonetheless. 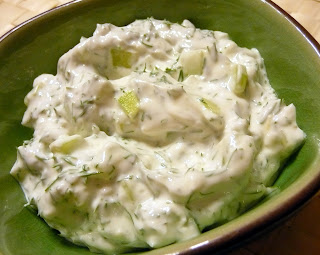 I did make some tzatziki from scratch. There are some pretty good ones available pre-made, but they are expensive! Planning ahead a little bit and taking a small amount of actual prep time and it can be made for a fraction of the price. 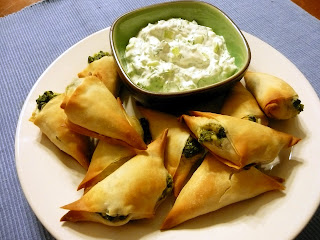 Nice little plate of starters. The spanakopita were OK. A little bland, I would probably buy them again in a pinch, but they could be so much better. 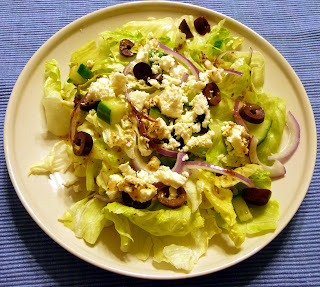 The lighting is kind of wonky on this one and I'm not sure why. Anyhow, on the side we had a North American version of a Greek salad. Notice a glaring omission? No tomatoes. I cannot eat fresh, raw tomatoes. I have tried numerous times, but I just do not like them. If they're in a salsa or bruschetta, I can eat them, but just cut up and tossed into a salad, or in a sandwich, no thank you!
There is a Greek restaurant here in Burlington called Sotiris that I've been going to for years. They have the best salad dressing! I keep trying to re-create it at home, but I'm not having much luck. Anyone have a Greek salad dressing recipe that will knock my socks off?

I also grilled up a package of Yves Souvlaki Veggie Skewers and had that on a pita with some of the tzatziki. (forgot to take a picture, but it was pretty much what you imagine it to be) 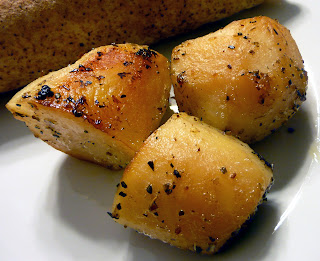 Is there anything better than potatoes?! And Greek potatoes are soooooo yummy! Roasted with olive oil, lemon juice, oregano results in pure heaven. These are not a calorie-wise potato, but one bite of these and you'll be saying "Who cares?"

Full tummies left no room for dessert, so we had a liquid one. I loves me a Black Russian and Kahlua makes a limited edition flavour for Christmas time - Peppermint Mocha. 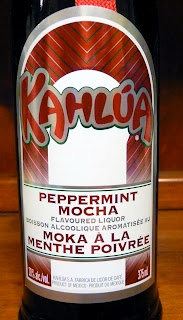 At first I thought it sounded kind of weird; peppermint mixed with mocha Kahlua? Last year we sold out of it and had people looking for it everywhere. This year, as soon as it came in, customers were snapping it up. So, curiosity got the better of me and I bought a small bottle. It's very nice. It's just a hint of peppermint and it's well balanced. It took my Black Russian to a whole new level. 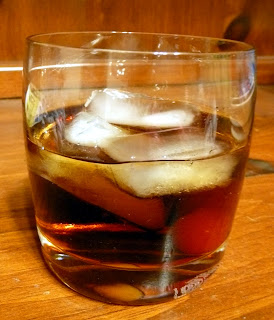