What's Carrie Been Doing? Not Much

My computer is still in the process of being repaired. Seems I got a virus of some sort and Jim has been piddling away on my machine when he has time. Luckily, I was able to back up most of my "stuff" before everything went haywire. Then, in the meantime, I seem to have lost my camera. I'm just beside myself. It was a gift from Jim and I had pictures stored on it that I'm afraid I'll never get back. I'm hoping I've just misplaced it, but I've practically ripped this place apart and so far, no luck. I'm sick over it.


I wanted to stop by and give you a quick update on what I've been up to and since I have camera & pictures on my mind, I'm presenting a pictorial of sorts. Pictures say more than words, so here we go.

I'm not sending it in until the last possible moment - 11:59pm on April 30. So Mr. Taxman, if you're reading this, you'll just have to wait for your dough. I had to pay last year, but not nearly as much. I got my T-4's gathered together, went over my gross income from all sources, the deductions, etc. and realized that having 2 part-time jobs just doesn't pay. 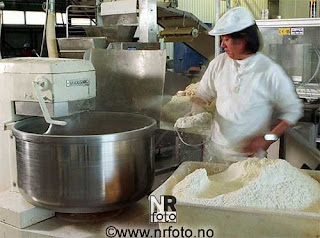 So I'm quitting this one. After I considered the income from this job, minus the travel time, bus fare and the long days; sometimes 15-16 hours with both jobs combined, it just isn't worth it. I've given my notice and my last day will be May 9. 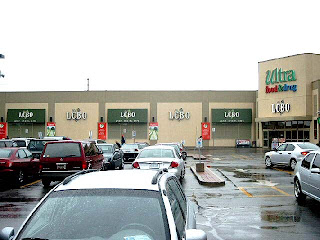 I'm still keeping my LCBO job of course. This picture is of my store! I was looking for pictures on-line and found this. How cool is that? Anyhow, the LCBO is a government job with lot of room for advancement & the pay rate I'm at right now is double what I was making at the bakery. Hmmm....which would you choose? Since it is only part-time still, I need to supplement somehow. Jim & his partner, Ron, are getting so busy now. They've hired a new contractor tech and our friend, Scott (best man at our wedding) helps Jim out when he can. Because of the extra work, Ron needs some help in the office so he can get out in the field more. Enter Me! 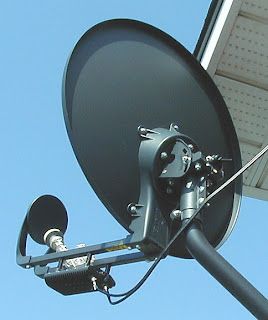 My new position is in the satellite field! I've had years of experience doing office work and having owned a small business, I know that aspect of it as well. I'll probably work one-two days a week, as needed and they are so flexible, they don't care what day I decide to come in. They are just thankful for the help. Hey, what can I say? I'm sleeping with the boss. It has it's benefits. I'm really looking forward to it and am happy to be able to give Jim some hands-on help with his business.

So, of course, the way things seem to go - I decide to quit one job and I ended up in the last 2 weeks getting more shifts than I can handle. This weekend will be a welcome break though. 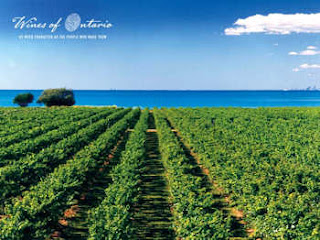 We've planned time to go to our favorite getaway. Niagara Wine Country. Can't wait! In the meantime, because I've been working a lot, my life has consisted mostly of vegging out with a bit of TV. 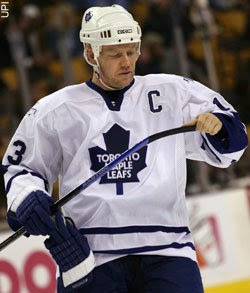 I didn't watch a whole lot of hockey this season. Not that it mattered from a Leafs point of view. They sucked so bad, they didn't even make the playoffs. 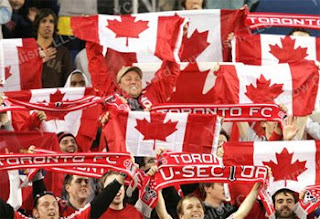 Toronto FC on the other hand were off to a booming start. They won their home opener which I would have loved to have gone to, but tickets were sold out in minutes and scalpers wanted a fortune. One of the guys I work with has a son that works for Burlington Youth Soccer and he said he'd try to get me some tickets. (fingers crossed). FC is now 2 and 2.

Yeah. I'm still watching. I don't care what anyone says, I like this show. I have it set up on the TiVo so I don't miss anything. 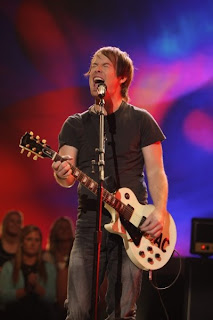 My favorite, David Cook, is still in it and still giving great performances week after week. 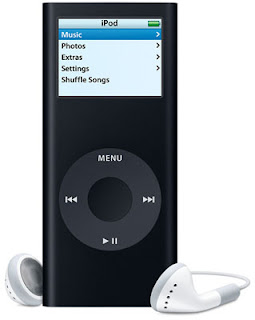 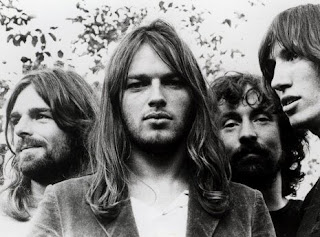 Of course, I've got lots of Floyd on my iPod. Some nice mellow, easy to wake up to music for the most part.

Then there's these guys. 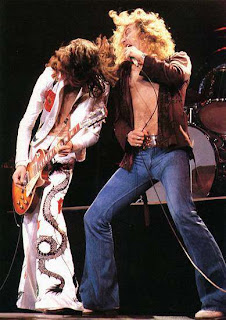 Good ol' Led Zep gets my blood pumping for the work day ahead. One of my very favorite albums.

As you can see, I've not been doing a whole lot of anything. Like I said, working and vegging out. Oh! I almost forgot. I got tickets for..... 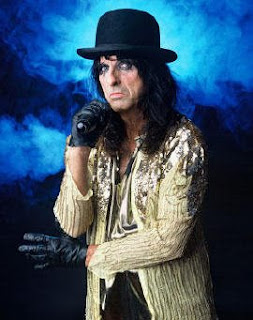 We're not worthy! We're not worthy! Alice Cooper! He's playing in Hamilton in October, so I got tickets for Jim and I to go. I hope I find my camera before then. Geez! That is just driving me crazy.

My computer should be up and running properly before too long. I have some food photos backed up, but, obviously, haven't been able to take any new ones. I use Jim's laptop now and again, so if I can, I'll pop over to your blogs and see what you're all doing. Oh, and before I go...just for LAURA because she's been so busy with the tax season... ENJOY! 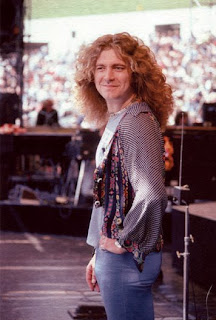 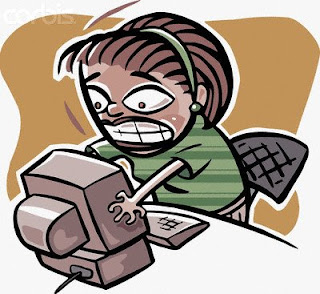 I'm having some problems & am working on getting them sorted out. Hopefully, I'll be back soon. 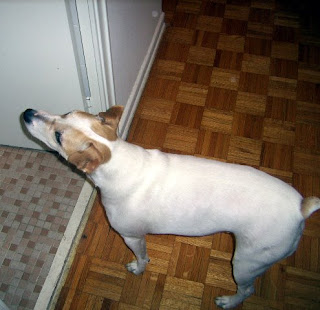 Mom's calling me to the bathroom. She asks me if I want to have a bath. Do I? I think so! 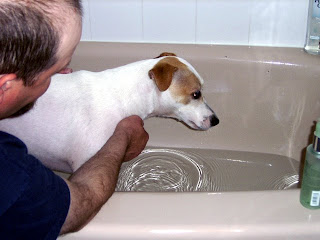 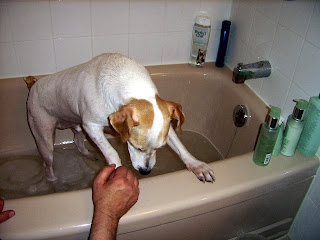 I think I've changed my mind. Let's get out now. 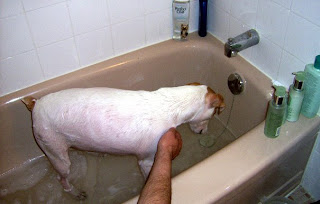 Look at me all soaped up. I must admit, it felt good to get rubbed and scrubbed all over. 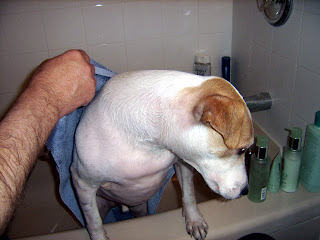 Here I am all rinsed and getting towelled off. Mommy & Daddy told me that I was a very good boy. Mommy kept saying I was so handsome and that I smelled so nice.
. 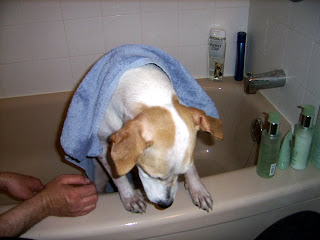 OK, that really is enough of this. I want out please. Mommy doesn't know a thing. I had to go rub myself all over the bed and all over the couch to get this crazy scent off of me! Now I was getting tired. 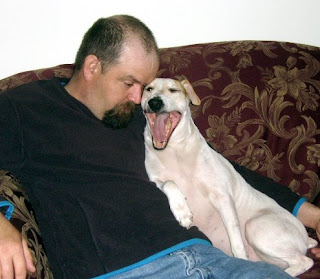 All the excitement of the bath has really pooped me out. I had big yawns. Then I laid down with Daddy and had some sleepies. 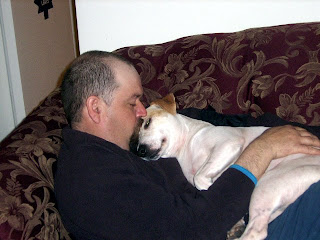 Geez. I must admit, Mommy was right. I do look pretty handsome.
Posted by Simon™ at 5:06 PM 14 comments: