Comfort At It's Finest

I've been busybusybusy; first packing up our household and getting ready to move to our new home and then unpacking on the other end. Sorting through belongings and filling up boxes seemed like a daunting task at first, but I used the opportunity to purge and I gave away/dontated/threw out so much STUFF! I'm working on a secondary round as I'm unpacking.
Moving is listed as one of the top stresses in a person's life, so comfort food is a must.  ﻿ 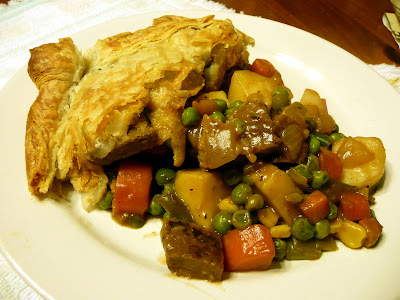 One of my favourite comforts is pot pie. In this one, I used some left over veggies, cubed veggie burgers, made a "beefy" gravy and topped it with puff pastry. Quick and sooo yummy! ﻿ 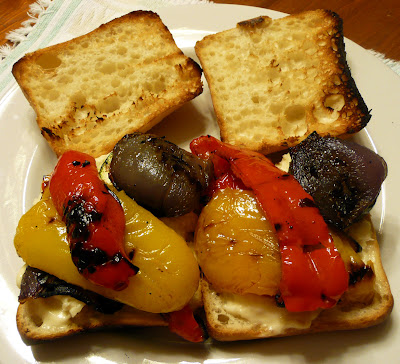 Grill master Jim made this delicious sandwiches for us. He grilled up some peppers, zucchini and red onions, made a garlic mayo and piled eveything, along with some crumbled feta, onto ciabatta buns he toasted on the BBQ. 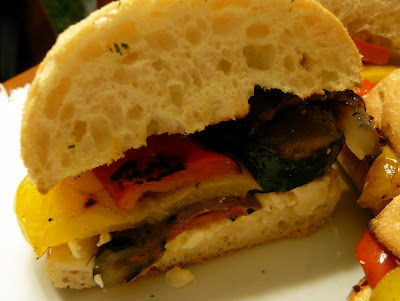 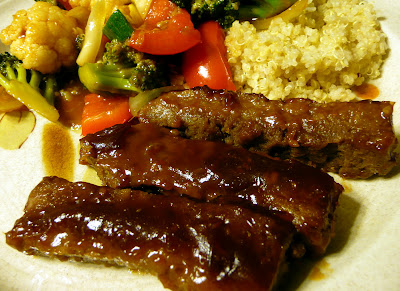 Here's something that I've made quite a few times and it always turns out so tasty, it makes me wonder why I don't make it more often. It's Fat Free Vegan Kitchen's ribz done in a sweet and sour orange sauce. It's really easy to do and half of the recipe of sauce is used on the ribs and the other half is used for the vegetables. Genius! If you'd like the recipe, you can find it here. 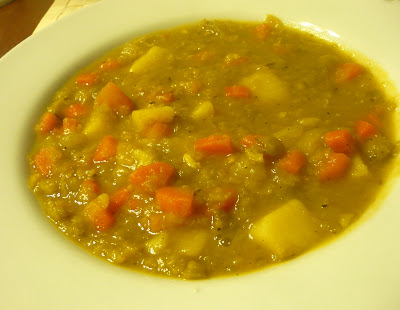 Even though we've had unseasonably warm weather all winter, there have been a few rainy, drizzling ones thrown in just to remind us that it's spring. Those dull days just scream for a soulful pea soup. I really like Sarah Kramer's version from La Dolce Vegan. It contains just a few ingredients that you probably have in your kitchen already,  a bit of simmering time and then into your belly! It warms me up right to my toes. 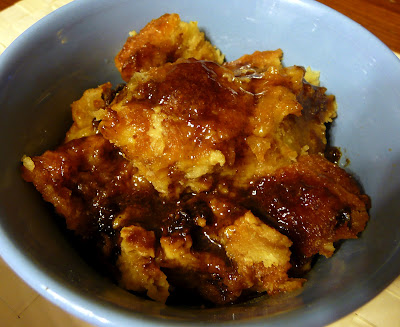 Bread pudding is very homey, but I find it kind of blech. Jazz it up with panatone and cinnamon syrup and you've got my attention. Sadly, panatones are only ever found at Christmas time, so I'll get a couple of really good quality ones, slice them in half and freeze them. I saw Giada De Laurentiis make French toast with panatone on one of her shows and that enticed me, so we now have that on Boxing Day morning for a little extra special breakfast. After looking through some of Giada's other recipes on The Food Network site, I found one for panatone bread pudding. It uses the same yummy syrup as for the toast and this is bread pudding pushed to the nth degree! 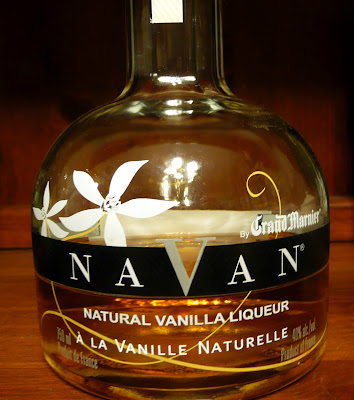 Liqueurs are a nice sweet, warming, flavourful way to finish off a meal. Navan vanilla liqueur is one of my favourites and it was lovely as a nightcap after the bread pudding. 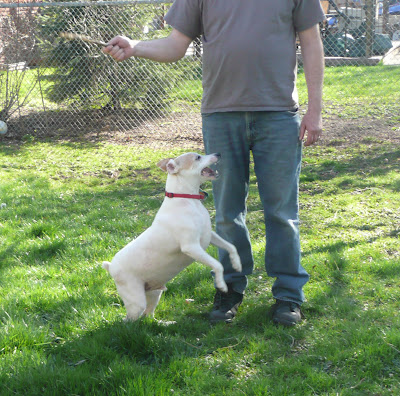 Simon says his new yard is great! He loves to go out and play with Daddy & help him with the BBQ. But he doesn't much care for helping Mommy with unpacking. *sigh* Off to do more.....