I Miss You Already Gil! 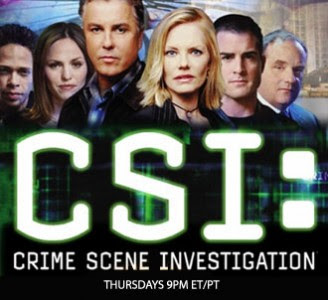 I love this freakin' show. Jim & I have been watching it since it came on the air in 2000. Over the summer I heard that my beloved 'Gil Grissom' is leaving the show! NOOOOO!! I have such a huge crush on him. Thursday nights are the best nights of the week because of Gil. 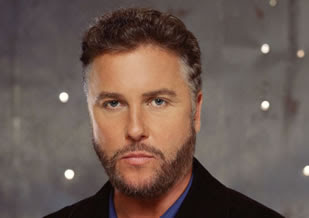 He's so mysterious, weird, quirky and smart. Except for the bug thing. What am I going to do? Watch re-runs I suppose.
Then, I heard that he would make a handful of appearances throughout the upcoming season. Whew! Every week I'll be like a kid on Christmas Eve. The anticipation of him showing up will just about kill me.

Yesterday I heard they were getting a replacement for 'Gil Grissom'. This was on the internet and the article gave a little teaser with "find out who" link. Did I really want to know? No one could fill his shoes. I HAD to click the link and as my finger hovered over the 'enter' key, I held my breath and hit it. Who did I see? 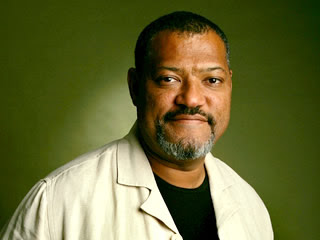 Laurence Fishburne!! Doesn't this guy just exude COOL? I'm OK with this. I think he'll be a fantastic fit for the show. He won't "replace" Gil, but be a new addition to the team. Now I'm kind of looking forward to the new season. It should be almost as good as it could be. ;o) 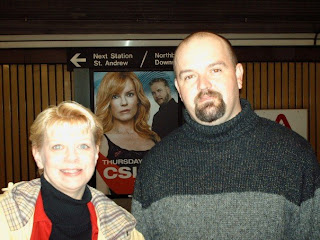 Here's a picture of Jim & I that Karen took on the platform while waiting for the subway in TO. We purposely posed in front of this poster. (Jim has a crush on Catherine Willows) HAHA! We're so silly. But, hey, why not! It makes life more fun.
.
Do you have a TV character crush? Come on - don't be shy. Tell us!
Posted by Carrie™ at 9:40 AM

I know...William Peterson was the best. I still don't know how they still have David Caruso on the Miami version. He is THE WORST actor. On E! The Soup, the host is constantly making fun of him...it's the best!

I know you're probably watching that show right now. Would you believe I've never seen it? I don't watch tv very much, but I used to be in love with Jimmy Smits when LA Law was on.

We don't have cable so I've not watched that show in ages, but it will be strange without his character. He kind of 'made' the show. BUt I agree, Laurence Fishburne is pretty cool.

glad to be back! It's been such a crazy summer. Hopefully I'll settle down a little bit now :)

and I hate to say it, but I'm more of a law and order fan! haha

Im kinda in love with Greg House from House