Dad & Ellen Go To The ACC

Just before Thanksgiving weekend (Canadian Thanksgiving is in October) my dad & stepmom came for a visit. I hadn't seen them in 6 years, so I was very excited. All kinds of planning went on behind the scenes to get Leafs tickets so we could take my dad to his very first NHL game. He's lived in New Brunswick and/or Nova Scotia his whole life, been a Leafs fan his whole life and the only time he's been to Ontario has been in the summertime. No hockey being played in the summer. 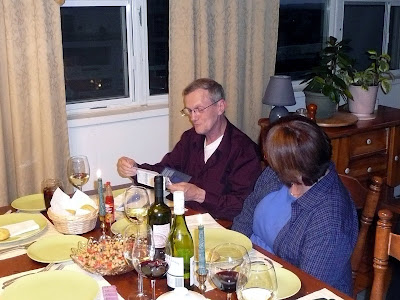 He knew nothing about it and was surprised with tickets at Thanksgiving dinner. The game was the next night. 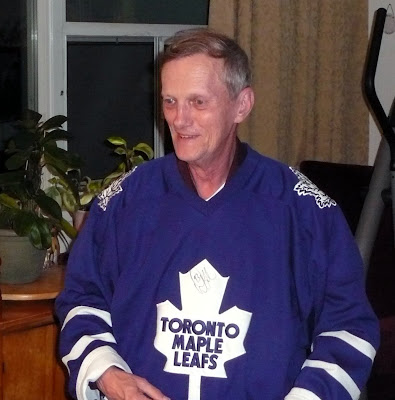 He was very excited and didn't sleep that well. He said he kept waking up. Awww.
We caught the GO train and went into the city early in the day. We got the subway up to Maple Leaf Gardens to check it out. 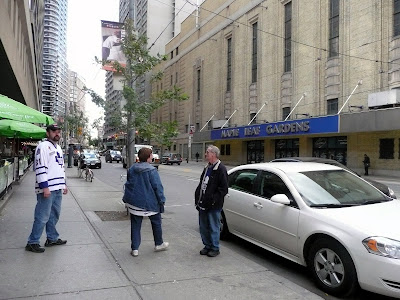 When we walked by the front door, there was a security guy outside having a smoke. Inside, they were practicing for Battle of the Blades. I never did watch it, but it was like a 'Dancing with the Stars' competition, only on skates. World class figure skaters were paired up with hockey players and each week, they would do a figure skating routine and the pair with the lowest score would be eliminated. We chatted with the guy for a while, but in the end, he didn't let us in. 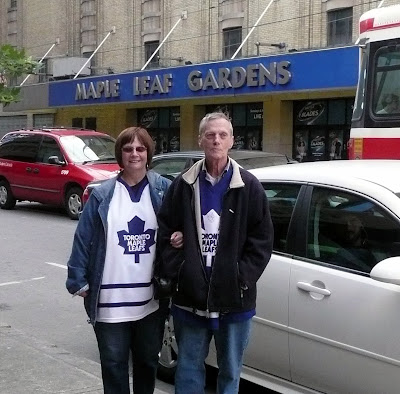 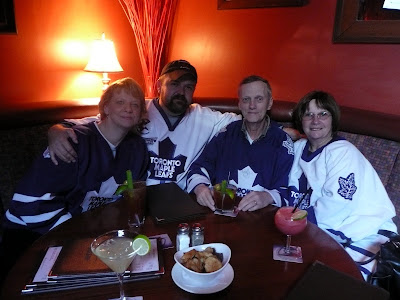 After a poke around there, we grabbed the subway back downtown and went for dinner at Ellen's favorite restaurant, The Keg. They do have veg options and it's possible to make a delicious meal with appetizers and side dishes. There is also a portobello entree available but it's not on the menu. All you have to do is ask. The staff was very cheery and accommodating. It made for a great dinner experience.

We made our 10 minute walk to the ACC and got there early so we could take Dad & Ellen in and let them have a look around. We muscled the doorman, roughed him up a bit and he finally consented to let us in. Actually, it wasn't that dramatic. We lied and said we had dinner reservations at the restaurant. 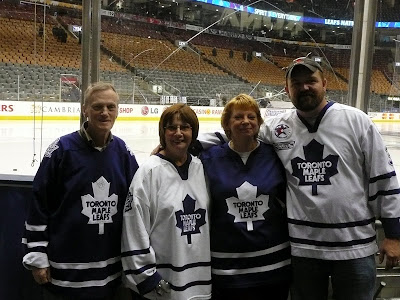 We met up with a security guy at ice level who loved the story of Dad coming to his first game and later brought him an official Leafs puck as a souvenir. He was also kind enough to take this picture of us at ice level. 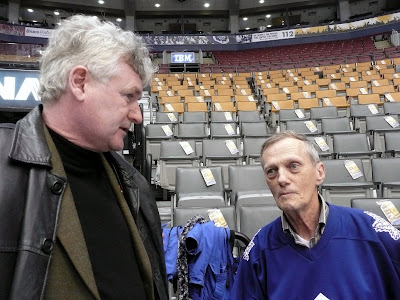 While we were there chatting, John McDermott arrived. He quite often sings the national anthem(s) before the games. He was super nice, very friendly and when the security guard told him dad's story, he asked Dad where he was from. Then said he was doing a concert in Fredericton in November and would leave them 2 tickets at the box office. And he did!! Dad & Ellen said they really enjoyed his show and Mr. McDermott saw them after and remembered exactly who they were. My friend Michelle said it was the gift that just kept on giving. HA! 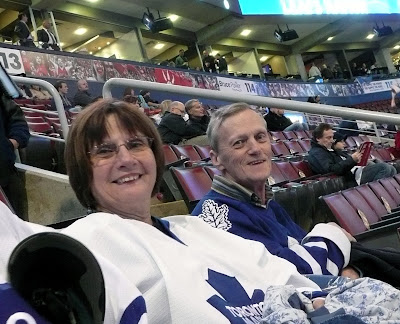 Even though the Leafs lost, I think Dad & Ellen really enjoyed their special day. They even went home with 2 free fleecy Leafs blankets.

We really enjoyed the visit and the game..Carrie makes delicious meals. Carrie and Jim are great hosts with the mostest!!

You didn't think the Leafs were going to win, did ya? :-) Hubby is a huge fan. He nearly fainted and had The Pea in tears when The Pea told him that she wanted the red team (Ottawa) to win.

That was great post! I haven't checked you blog in a while. Also, lmao at Simon and his baby:)